The county seat is a bustling city of thriving businesses, distinctive homes and friendly neighborhoods. Its growing industrial and commercial sectors make Albemarle an attractive place to live and work. Situated in the beautiful Uwharrie Lakes Region in the Piedmont of North Carolina, Albemarle is conveniently located near two of the state’s urban areas – Charlotte and Raleigh. Learn More at www.ci.albemarle.nc.us

On the shores of Badin Lake, the Town of Badin was planned at the time an aluminum plant was being built in the early 1900’s. At one time, the entire development was owned by the Aluminum Co. of America. Badin and its environs are considered unique, both historically and industrially. In 1984, Badin was certified as a Historic Place. Learn More at www.badin.org

The City of Locust was established in western Stanly county in the late 1860s by German, Scotch Irish and English immigrants. The community was known as the “Crossroads”. Many travelers came through on the way to Cabarrus, Anson, and Mecklenburg counties. Locust still serves as the crossroads to Charlotte, Albemarle, Concord and Monroe. It is a thriving community and represents opportunity for growth and expansion of businesses. Learn more at www.locustnc.com

The Village of Misenheimer is near the northwest corner of the county. The local railway station was used by people stopping at nearby Misenheimer Springs for spring water that widely attracted vacationers and health seekers. Today it is the home of the progressive Methodist-affiliated Pfeiffer University, a four-year liberal arts school with over 1,000 students. Learn more at www.villageofmisenheimer.com

New London is a quiet residential area in the northern section of the county on U.S. Highway 52. At one time, after the railroad was built and a gold mine started in the area, the town was larger than Albemarle. It is believed to have been named by a mining engineer who came from London, England. Early industries included a twine and a roller mill. Culp Lumber Co. started early in the century, operated by the Culp family. Learn more at www.newlondonnc.org

Nestled in the quiet southeastern corner of Stanly County, Norwood is bounded by Lake Tillery and the fork of the Pee Dee and Rocky Rivers. From the urban area of Main Street stores to the rural expanses of the Fork Stables and Lucky Clays Farm, Norwood has a little of everything to suit any lifestyle. Located in and around Norwood are nearly one hundred miles of scenic Lake Tillery shoreline – offering opportunities for fishing and watersports. Learn more at www.norwoodnc.com

Oakboro is a small town in western Stanly County with a population of approximately 1800 people. Nearby communities, usually centered around country churches, bring another thousand or more into the greater Oakboro area.Oakboro is a safe, friendly town with a culturally diverse population. A warm feeling of community spirit and pride exists with a healthy respect for the past, a caring attitude toward the present, and a far-reaching vision for the future. The character of the town is defined by its businesses and institutions, and its neighborhoods. Learn more at www.oakboro.com

Red Cross is located at the intersection of US Highway 24/27 and NC Highway 205, with easy access to the Towns of Locust and Stanfield on the west, and the Town of Oakboro on the south. It is also conveniently close to the Cities of Concord, Monroe, and Albemarle, and the metropolitan area of Charlotte. Red Cross is the home of West Stanly Middle School and West Stanly High School. Learn more at www.redcross-nc.com

Richfield is located at the junction of N.C. 49 and U.S. 52. The town was named for the German family, Richie. The town is governed by a Town Council-Mayor form of government elected every two years in a non-partisan election. Central water is available from the Albemarle plant through the Pfeiffer-North Stanly Water Association. Police protection is provided by the County Sheriff s Department. Learn more at richfieldnc.com

The Town of Stanfield was developed when the Norfolk Southern Railway extended its lines in 1912, thereby suppressing the growth of the older town of Locust. However, Highway N.C. 27 and Highway N.C. 200 brought modern transportation to Locust and the communities now are separate towns with adjoining borders. Stanfield was incorporated in 1955. Learn more at www.stanfieldnc.com 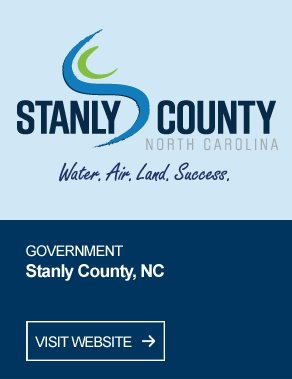 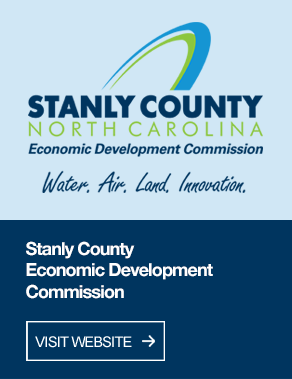 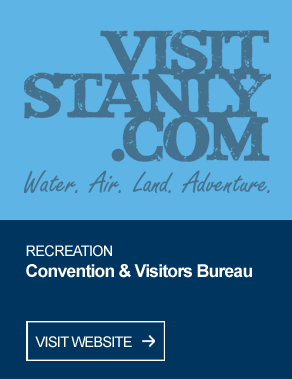 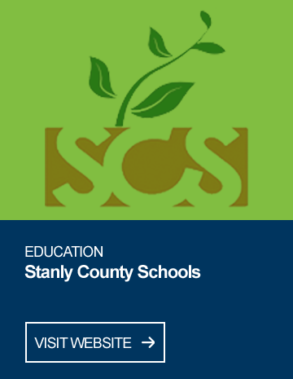 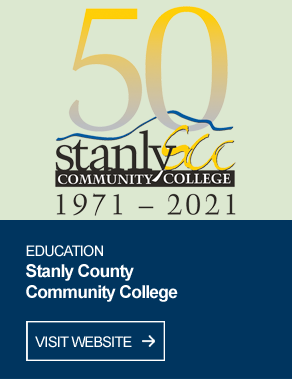 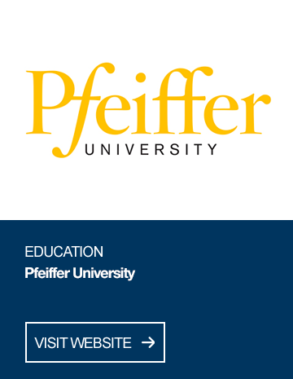